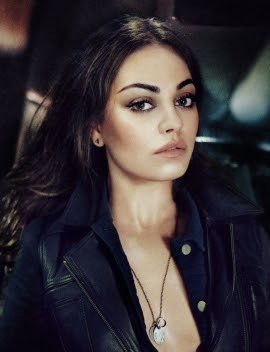 FRANCO: You started acting at a really young age, right?
KUNIS: I was 9 years old when I started.
FRANCO: How did that happen?
KUNIS: I came to the States in 1991. I was around 7 and a half at the time. By the time I was in fourth grade, I spoke English pretty fluently, but, believe it or not, I was shy, and my parents wanted me to make some friends. They both worked all the time, and on the weekends my brother or my grandparents took care of me, so my parents were looking for an outlet for me, like art classes or karate, and on the radio it was advertised that there was a place for kids to meet other kids called Beverly Hills Studio. My parents took me there, and it ended up being a showcase. The people there were like, "Yeah, your kid's got it!" Although, at that point, every kid has got it. They were like, "Write us a check and your kid will be a star." So my dad was like, "Uh . . . yeah . . . No thanks. Good-bye." And left. I don't know why my mom did what she did—if you talk to her, she'll say that she had a gut feeling—but she took out the checkbook and wrote a check for $400 for me to take acting classes. So I did, and two or three weeks go by, and Susan Curtis, who is my manager to this day, was driving by and saw a bunch of cute kids. She pulled in and was like, "I'm a talent manager," and they're like, "How fortuitous. We're doing a showcase tomorrow at 6 p.m." She was like, "I'll be there." So the short of it was that my parents told me, "Listen, we can't afford this. We work full-time. We can't do this. We're so sorry. We don't understand these auditions. We don't get this." But I did the showcase, and these agents and managers started to call, so my dad said, "Okay, this is your decision. If you want to do this, then you pick the person who you feel connected with the most." So I picked Susan. She took me on my first audition the next day, and I ended up getting it. It was a Barbie commercial. That's how it started. 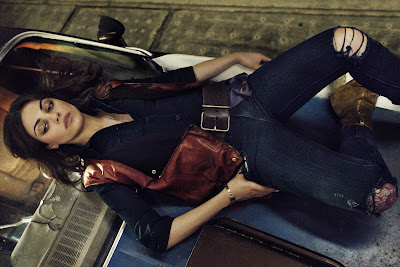 at. 15.8.12
Email ThisBlogThis!Share to TwitterShare to FacebookShare to Pinterest
Labels: Interview Magazine