Andy Warhol (August 6, 1928 – February 22, 1987), is known for his famous world wide work as a painter, an author, an avant- gard filmmaker, a record producer and as a public figure. So for his 80th Anniversary, Bond no. 9 introduces its 3rd Warhol eaux de parfum, Andy Warhol Lexington Avenue, which derived from the pre-Pop years in the ’50, where he lived in one of the several apartments at Lexington Avenue. 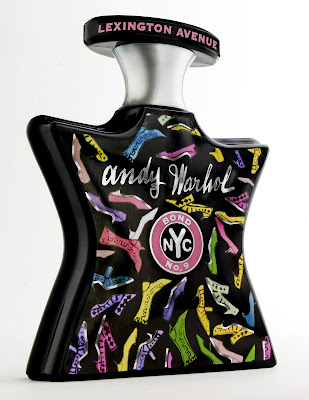 To survive the streets of New York City, Warhol started to design ads for the legendary I. Miller, shoe establishment, that would appear in the New York Times and the Herald Tribune. A decade before the Pop-art existed, Warhol was already advanced in his work He took his shoe illustrations so seriously that he submitted in 1956 one of them as a gift to the Museum of Modern Art, unfortunately it was rejected. And so there it all began the fascination for shoes.

Therefore the look of the bottle; truly Warholian shoe designs that was created 50 years ahead of their time. The scent is composed with floral woody chypre (chypre meaning fresh citrus top notes and a lingering forest-like base) with highly coveted contemporary gourmand notes—a brew of peony, orris, patchouli, sandalwood, cardamom, fennel, almonds, cumin, and even crème brulee. A seductive and intoxicating autumn-winter fragrance, Andy Warhol Lexington Avenue is the perfume equivalent of that rarity. 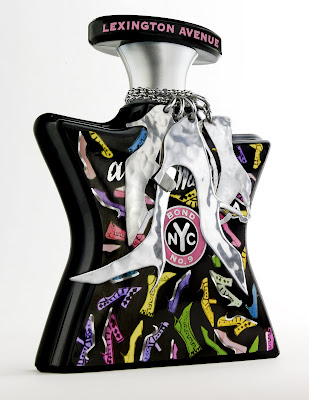 at. 29.8.08
Email ThisBlogThis!Share to TwitterShare to FacebookShare to Pinterest