SHOCKING NEWS!
Fashion Designer
Alexander Mcqueen found dead...
We are shocked and sad..!!
Mr McQueen, 40, was found dead at his London home this morning.
Today he had to present his fall 2010 collection as part of New York Fashion week.
But his office confirmed his death, saying: 'It is a tragic loss. We are not making a comment at this time out of respect for the McQueen family.. 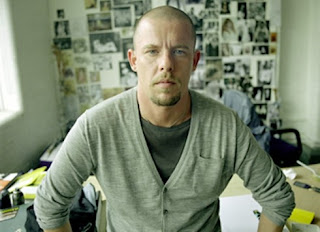 McQueen was named England's designer of
the year four times between 1996 and 2003.

we will miss you and your creativity!

at. 11.2.10
Email ThisBlogThis!Share to TwitterShare to FacebookShare to Pinterest
Labels: Alexander McQueen, Fashion