I really admire this beautifull
Russian billionaire, fashion designer and socialite Dasha Zhukova is best known as the girlfriend of Roman Abramovich, born in Moscow and raised in Los Angeles. 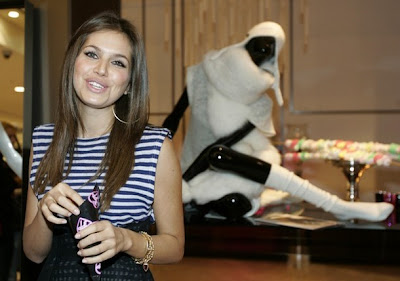 || She keeps it real ||
Her outfits include “black shirt tucked into bandage skirt, black high stilettos , no makeup, hair tied or loosely back.” An article says that “up close her skin is as dewy as a 16-year-old’s and she has mesmerizingly flawless teeth.” She also peppers her California-accented speech with phrases like “Or whatever” and “oh cool.” 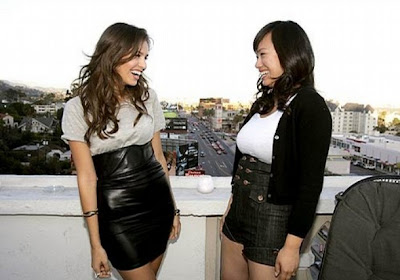 Dasha Zhukova & Christina Tang
|| She's her own person ||
Ms. Zhukova doesn’t like being referred to as Roman’s girlfriend, but as a cultural force in her own right. She refuses in the Guardian article even to confirm their widely reported relationship. Still, Russians say her gallery will be big largely because of the money and profile of Mr. Abramovich.

It is easy, of course, to see Ms. Zhukova as just another oligarch princess frittering away millions in her quest for social standing and substance. But at least she’s doing something honorable with her money–helping to boost the profile of contemporary art and culture in Russia. It sure beats buying handbags.

She also teamed up with her best friend Christina Tang in L.A. to creat the understated but edgy line. named; Kova&T 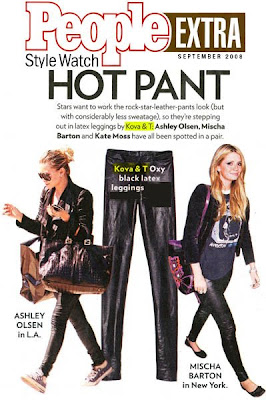 Kova&T’s Oxy legging was a hit. The shimmery second skin looks like the bottom of Catwoman’s unitard and is being worn by stylish Russian girls; Kate Moss and the Olsen twins have popped them on with high-top sneakers, vintage T-shirts and fedoras.

at. 15.9.08
Email ThisBlogThis!Share to TwitterShare to FacebookShare to Pinterest