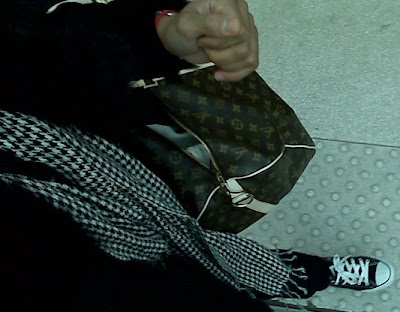 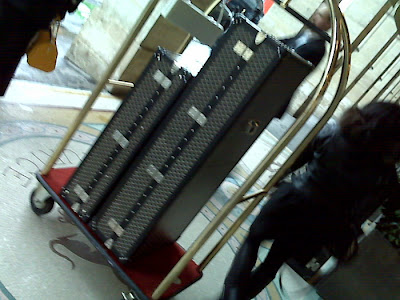 Arriving in Paris; My Goyard Trunks
Pictures made with my BlackBerry.

I was flying out from Amsterdam Schiphol on friday lunchtime, I arrived at Amsterdam Schiphol a few minutes later, checked in for my flight and bought a copy of NYLON Magezine. My flight was delayed by just over an hour but I finally arrived at Paris Charles de Gaulle International Airport and waited for my train. On the platform were two French people, one of which was playing crap French music through her crap, tinny-sounding mobile phone speakers. It’s both disturbing and reassuring to see that this isn’t just a Amsterdams phenomenon. When the train arrived, it was crammed, dirty and far too hot. Anyway, I finally got to my hotel with around 90 minutes to spare before I had to get on a cab at the hotel Costes that would take us to dinner. Plenty time for a shower and a leisurely stroll. Or so I thought. As it turns out we were to late for dinner so we only went to the party in Club VIP ROOM. Arriving in Club VIP ROOM, the people were so nice they guided us to our vip table where we seated.. and opened the night with a bottle of Crystal Champagne & Grey Goose 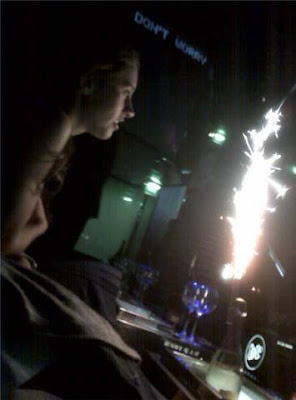 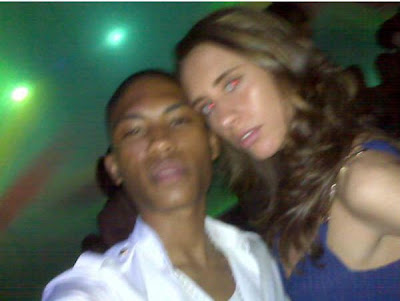 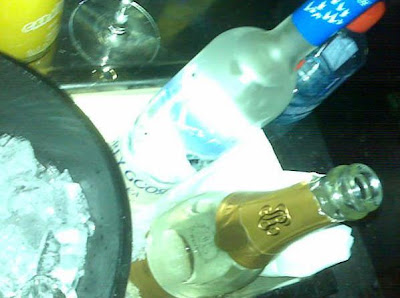 at. 11.9.08
Email ThisBlogThis!Share to TwitterShare to FacebookShare to Pinterest