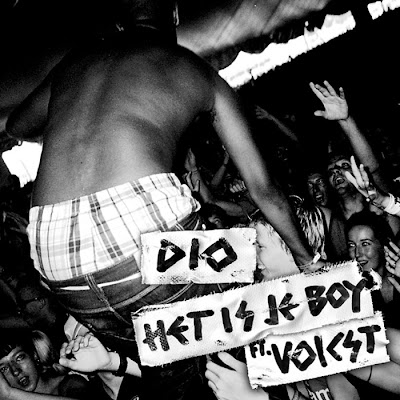 Wow a year passes by so quikly....!!!! And I realised it when I got this e-mail from Dio, Dutch rapper, about shooting his first video for his debut single. I met this "such funny" guy via The Opposites when they released their new single called Dom Lomp & Famous, translated Dumb Clumsy & Famous.....yep don't ask what the song is about, let me just say if you could understand it...well never mind. Anyway Dio was featuring on this song and it was a huge hit in NL. At the same time, the smartass he his, he participated with De grote prijs van Nederland, wich is a contest for music artists. Despite his so called succes with the single, he did not won the contest Booohooo, I even supported him in freakin Zwolle which is up all north from Holland and because we're from Amsterdam it was a F*cking long trip!, but we supported him!!!! Anyway, it did'nt hold back Dio to move forward, because he also featured on the soundtrack from the Dutch movie "Alibi" with the Partysquad.
The Opposites feat. Dio & Willie Wartaal - Dom Lomp & Famous 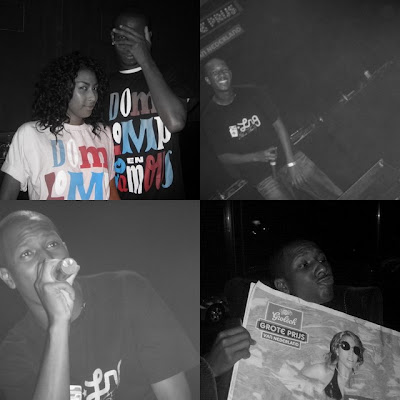 Then I read it...he finally got his record deal with Dutch record label Top-Notch and is going to release his debut album Rock & Roll on November 7th 2008. Yessir!!!! His first single is called "Het is je Boy" and his video was shot recently. So I thought, why should'nt I wright about him on our blog?! So as you can see I did. The day of the video was crazy, LOL, but most of all support. His friends came to join him in the video and Dio the man himself was full of energy even though he was a bit tired because he performed the night before at Valtifest. At the end, we had LOL like always!!!! 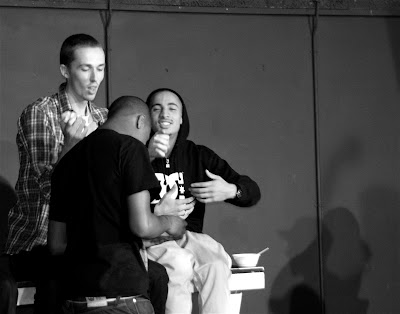 Dio with his boys The Opposites 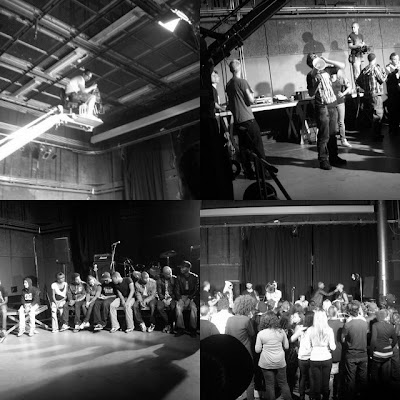 Making the video by Habbekrats

So Dio, wish you all the best with your new album, it's gonna rock, stay true to yourself, don't be bigheaded, but humble, and then the sky is the limit!

at. 14.9.08
Email ThisBlogThis!Share to TwitterShare to FacebookShare to Pinterest

Dutch Dio is a lame excuse for an artist with absolutely no respect.